I love to write thrillers with marine themes – after all, I’ve been in love with the sea and boats since junior school. I don’t know if you’ve read ‘The War with Cape Horn’ by Alan Villiers, but it is a tremendous collection of anecdotes and history about life on a sailing ship; it really was tough and dangerous. Anyway, big sailing ships are still built, but usually for pleasure these days. Here are some pictures of ‘Maltese Falcon’. She was commissioned by Tom Perkins (I recall he was an early investor in Compaq Computers). He has admitted that she cost between $150M and $300m to build,, and has eighteen permanent crew. She’s as high tech as it’s possible to get with sails (or was then when registered in 2006). Fantastic. These are my photos taken in Grand Harbour, Valetta, Malta, when researching Sicilian Channel. 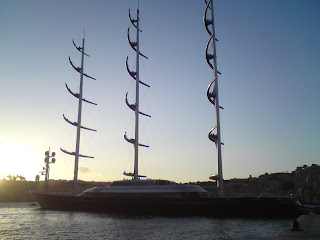 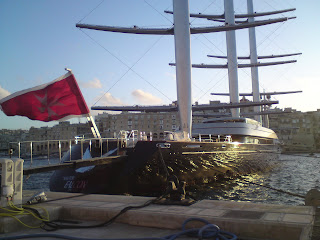 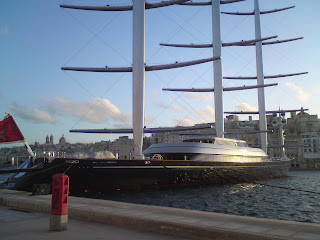